The Malley Family traces their baking heritage in the Rochester, NY area back to 1860's. Bob Malley's great grandfather, Sam Durnherr, baked "soda" crackers that were packed in barrels and shipped via the Erie Canal throughout the world. At the turn of the 20th century, Bob's grandfather James and his brother each started a home delivery bakery using horse and wagon.

Bob's father, Jim Malley, started working for Whele Baking Co in 1928, as a home delivery driver. In 1933, Whele Baking was sold to Hathaway Bakeries of Boston, Massachusetts. Jim stayed on with Hathaway and worked his way up to become VP of the corporation and had 2,000 delivery trucks on the road.

In 1958, Jim Malley resigned from Hathaway Bakeries and opened Donuts Delite at the corner of Empire and Culver. His son, Bob Malley, soon left his job as a teacher to help with the family business. Over the years, all the Malley children were part of Donuts Delite from 1958 to 2005. 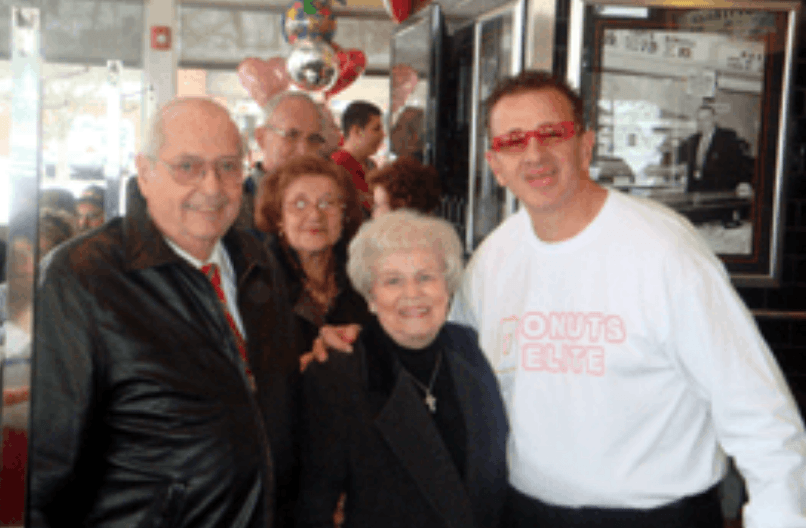 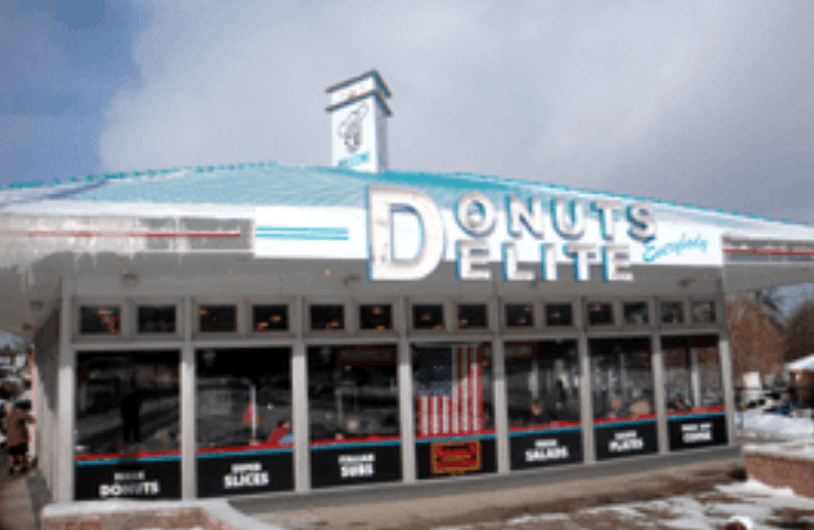 Nick Semeraro started at E Main St Salvatore's when he was just 10 years old. In 2011, Nick joined Donuts Delite as a Store Manager, and became partner in 2013. Nick became full Owner/Operator Franchisee in 2016. Nick and his wife, Holly, have 3 children, Noah, Cole and Reed.

Over 50 people are employed at this location. The Baking Staff works all night long to provide fresh donuts every morning to our longtime loyal customers! 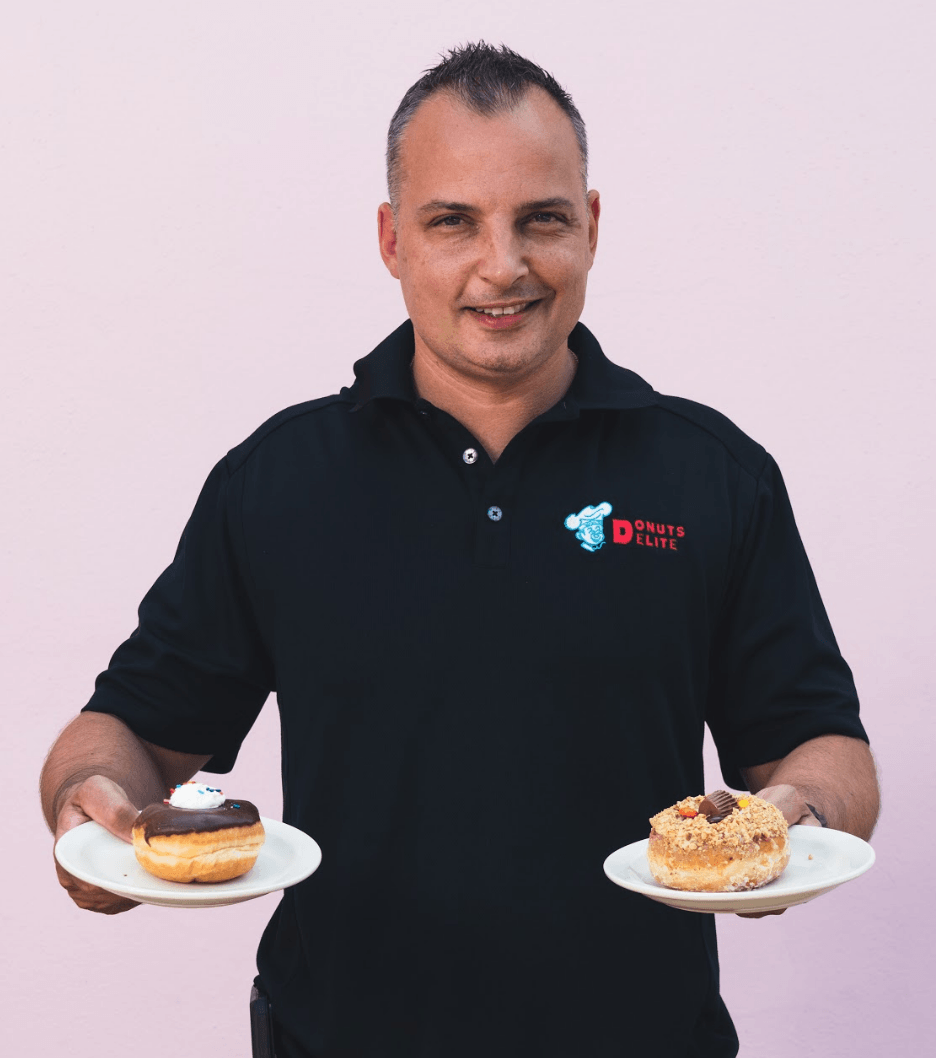 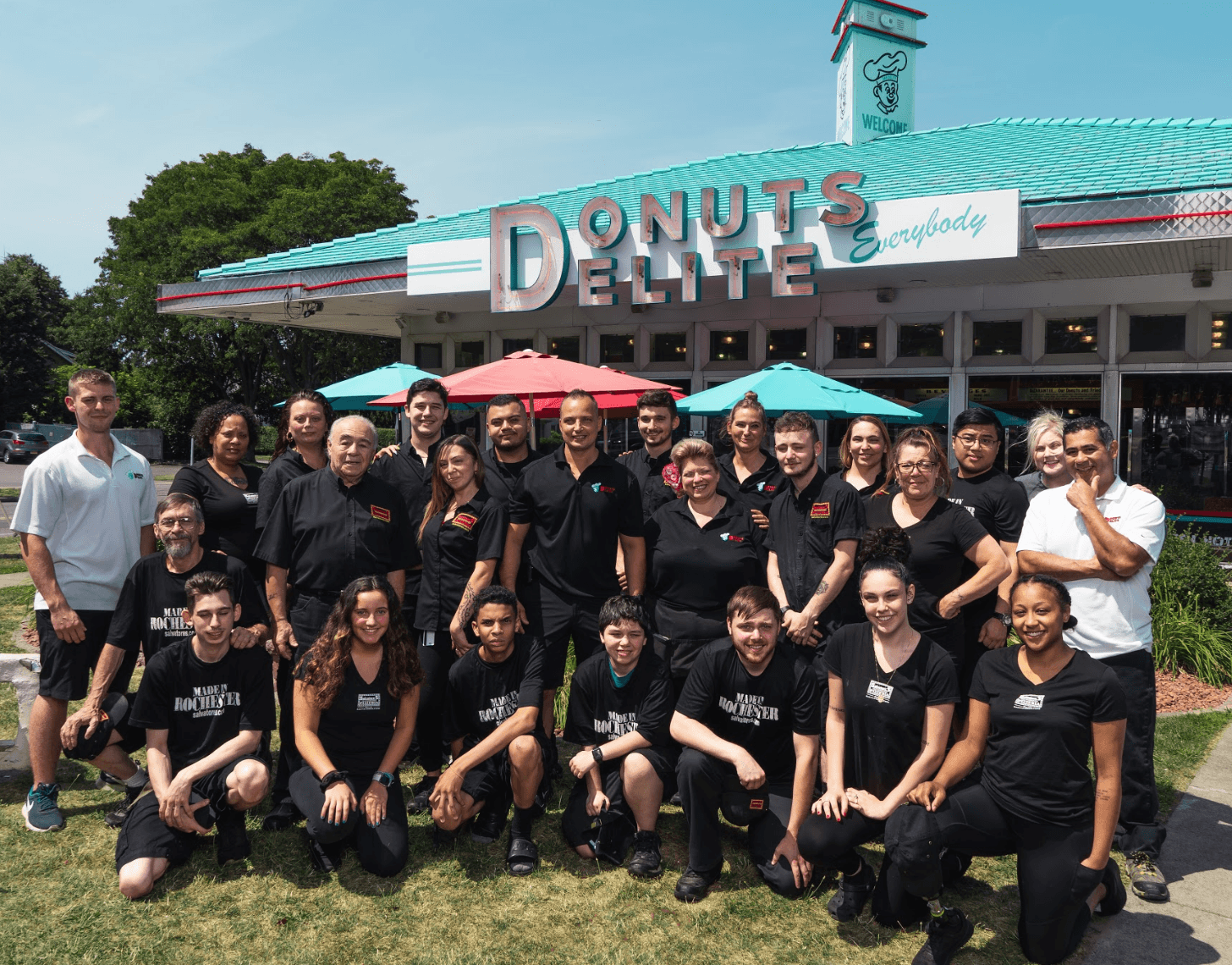 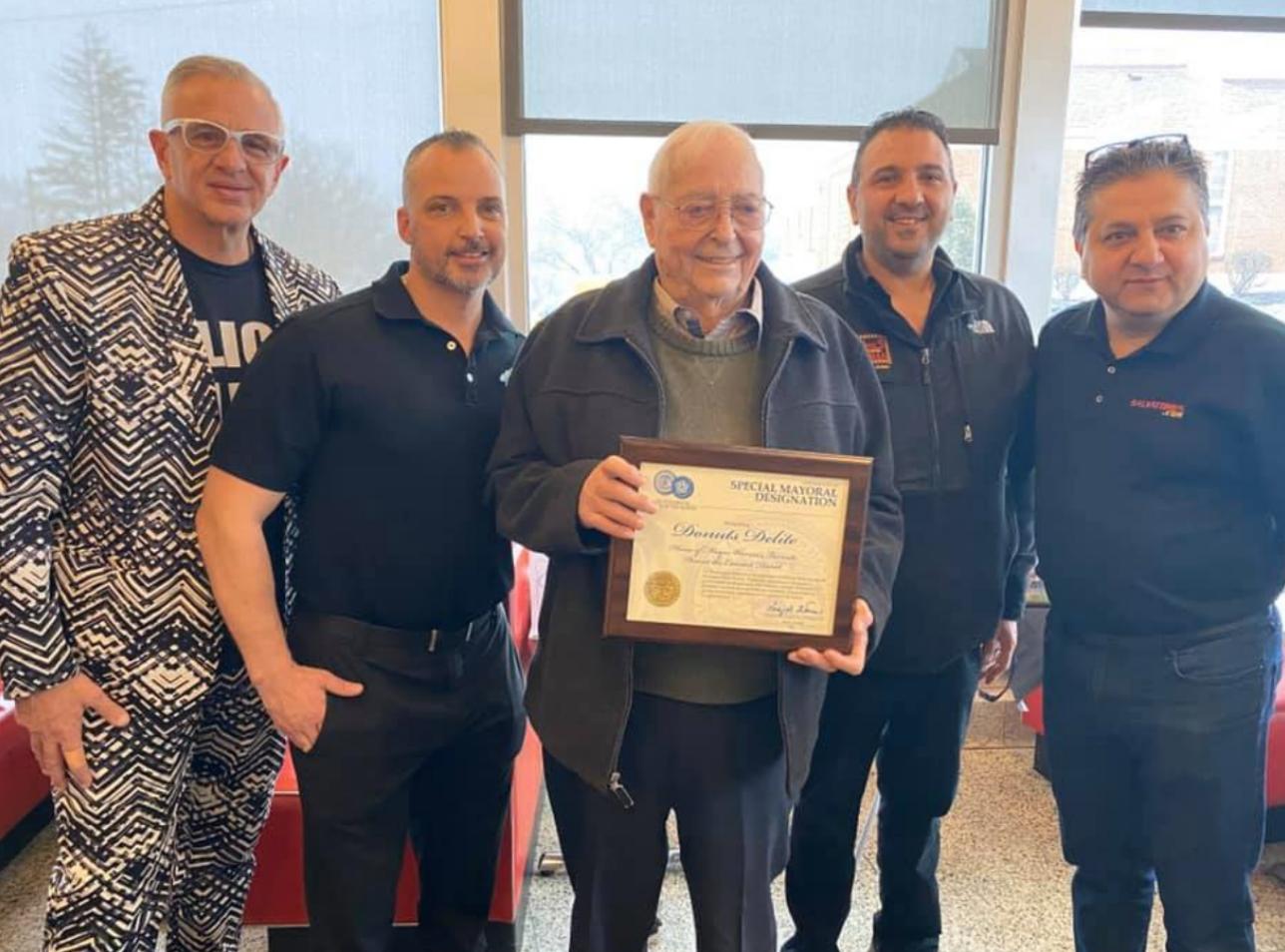 Copyright © 2023 Salvatore’s Old Fashioned Pizzeria, All Rights Reserved
Convenience charge for delivery is not a tip and will not be distributed to the employee or driver.
Please tip your amazing driver. Prices & fees subject to change without notice.